The economic future of India: End of the boom?

After showing average growth rates of over 8% between 2003 to 2011 the growth engine now has slowed down in India: The fiscal year 2013/14 is expected to show a growth of only 4.8%, the IWF predicts 5.4% for the next fiscal year. Is this the end of the growth story or is it only temporary setback? What does this mean for investors?

The economic future of India – Introduction

The chief economist of the World Bank, Kaushik Basu, begs to differ. He thinks that – provided the political stand is favorable – a return to the growth rate of 8% is possible within a period of two years – [8]. His optimism is supported by the outcome of the PWC’s “17th Annual Global CEO survey (2014)”. According to this survey, nearly 50% of Indian CEOs are “very confident” that their respective companies will achieve significant sales growth within a year. The number of these “optimists” is well above the average of 39%. India is at 4th place in the ranking of countries according to (subjective) assessment of business prospects [9, 10]. It must be noted that Indian companies are increasingly operating internationally; so the optimism reflects much more than the development of the Indian market.

The fragmentation of the country in dozens of states, each with a different history and economic policy, makes it challenging to forecast the economic growth of the entire subcontinent. The author Sharma concedes that “its real prospects are very difficult to assess, because it is fragmenting into a collection of state economies”. Irrespective of the discussions about India’s future prospects and the continual sluggish growth of the Indian economy, investors are still betting high. “The middle class continues to believe in India. Hardly a month goes by, touring the country in which not some business delegation. We help in foundation of around 30 companies in India every year, and almost all of them are medium-sized,” says Bernhard Steinrücke, head of the German-Indian Chamber of Commerce. “A decline does not exist,” he says.[12]

Here’s a look at the fundamentals of the subcontinent, which provides insight into the economic prospects for the future.

The economic future of India – middle class and consumer behavior

Around the year 2025, India will replace its neighbor China as the world’s most populated country [13]. The population of India is – directly in comparison to the aging nations of Western Europe – young; more than 30% of the residents are under 15 years old. India is characterized by a high propensity to consume and thus has the potential to to become one of the largest consumer goods markets worldwide in the coming years.

The number of people falling under the purview of middle class is still debatable (estimates range from 70-400 million, see the article Wie groß ist die sogenannte Mittelschicht in Indien?) There is no doubt though that the middle class in India is growing. According to forecasts by the consulting firm McKinsey, the middle class will grow (albeit by a relatively narrow definition) in 2025 to reach 580 million approximately. According to a forecast by the consulting firm Boston Consulting Group in 2012, consumer spending in India will grow by about $ 3.6 trillion by 2020 – compared to 2010 [14]

Last but not least, India also has a growing economic upper class on the Indian subcontinent, there are about 55 dollar billionaires (Source: Forbes) and 164000-180000 dollar millionaires. Also compare the article: Wie viele Millionäre und Milliardäre gibt es in Indien?

One of the key factors for the economic success of India is undoubtedly in the field of education. This shows a relatively mixed picture. On one hand, while India invested heavily in higher education after Independence, it fares pretty badly in the field of basic education. In India, a scant few institutions (often private) provide a good education; the “democratization” of international competitive education remains an unfulfilled demand today. Compare the article Höhere Ausbildung in Indien: Wie gut sind Colleges und Universitäten? Wie gut ist das Schulsystem in Indien?

The weak performance in basic education is reflected by a literacy rate of just 66% among adults (compared to China: 93%). At the same time, there are some Indian elite institutions providing higher education, which appear in worldwide rankings of top universities, such as the “QS World University Rankings 2013”, the consulting firm Quacquarelli Symonds Limited. Overall India occupied a place among the top 300 universities worldwide – making it the only country in the low income class (Adjusted purchasing power per capita income of 4,000 EUR), represented in this list. All other countries  represented among the top 300, have a (purchasing power adjusted) per capita income of at least 10,000 EUR. [15, 16]

The quality of higher education (of good educational institutions) is particularly good in the context of a meritocratic economic system like the U.S., where many well-trained engineers from India have emigrated and still emigrate. The Indo-American community now comprises approximately 3 million Indian immigrants, who are well represented in technical professions and have a household income of about $ 90,000, which is significantly above the national average of $ 50,000 [17]. Also see: Indische Immigranten gründen 14% aller StartUps im Silicon Valley.

The analysis of the productivity of labor in India, also gives a mixed picture. A strict employee selection process and – even more important – a culture-specific and tight management personnel are critical to ensure a high quality of work and efficiency (See also: Wie verantwortungsbewusst sind Mitarbeiter in Indien?). The availability of (highly) qualified and motivated staff is also heavily dependent on the industries or functional areas. For example, the IT industry in India has established a high competitive (quality) standard, not least due to the presence of hundreds of international IT companies.

A notorious weak point of India is a weak governance: decision-making processes are slow, the bureaucracy stifles entrepreneurs in India, the rigid labor laws prevent the creation of jobs in the manufacturing industry on a large scale (paving the way to the success story of other Asian countries such as China, Taiwan or South Korea). The socialist legacy from the “early days” of India is still seen in the country; even though progress has been made in many areas, (see the article in Indiens Verhältnis zu Globalisierung und Unternehmertum)  India fares poorly in international rankings. For example, in studies like “Doing Business Report 2013”  India still occupies last place when it comes to criteria such as building permits [Rank 182] or Business [Rank 173]. The prevalence of the socialist industrial policy of the “Licence Raj” from the 1950s to the 1970s can still be felt and  it would be unrealistic to expect that this will change soon [18].

It is indeed true that India’s strong growth has taken place in the context of obstructive bureaucracy since 1991. Author Gurcharan Das warns however, that such growth without or despite state has natural limits: “As India began its remarkable rise twenty years ago, I celebrated the fact that it was rising despite the government. In the past few years I have come to recognize that the state is in fact of “first-order” importance, essential if its citizens are to flourish. Succeeding despite the state may be heroic, but it is not sustainable.” [19] In this evaluation, Gurcharan Das gets the support of the aforementioned emerging markets specialist Ruchir Sharma: Measured by the typical growth path of economies  India was in a phase where the private sector could not take the growth engine  – here the State is required.

Ruchir Sharma also complains that India was focused too heavily  in the recent past on distribution policy. Instead of being politically guided by the question “How do we increase the pie?”, India is most often stuck asking the question “How do we share the cake?”. Consequently, this has increased the national debt, the government deficit in the past years stood at 10%. As a side effect, the borrowing displaced by the state to private sector investment was affected. Frequently, state-owned banks (75% of the banking sector) would stop issuing loans to state enterprises or entrepreneurs with political networks; it also severely restricts the availability of capital for private companies. Borrowing from foreign companies, in turn, sets a high exchange rate risk. [20, 21]

Infrastructure is the second notorious weak point , which is usually referred to in connection with the state. Roads, seaports or the (safe) supply of electricity. Electricity production in India is too low, the supply of coal by the State’s “Coal India Ltd.” to electricity companies is not sufficient. Weak infrastructure is incidentally also one of the reasons why India’s “Special Economic Zones” have not been catalysts of growth for the manufacturing industry to the fullest extent as much as in neighboring China. Compare this to the article: Special Economic Zones (SEZ) in Indien: Nicht so erfolgreich wie in China.

Getting a correct view of India’s poor governance summarily correctly is absolutely necessary from the investor’s point of view. Differences in “industrial policy” between the states are significant. For example, the scholar Williams Antholis of the Brookings Institution in his book “Inside Out: India and China” differentiates between India’s “forward states” (eg, Maharashtra, Gujarat and Tamil Nadu), the “backward states” and so-called “swing states” [ 22]. Compare also the article: Standortanalyse & Standortwahl in Indien

The economic future of India – Conclusion

Measured by the standards of entrepreneurs and investors, investment conditions in India are still a challenge. While there are reforms in some areas, pioneering extensive reforms in India in the recent past have not been up to the mark. The will to reform is found lacking. There are definitely many issues to be resolved in the long term. The necessary investments in infrastructure, for example, can only be done in the medium term (5 to 15 years). The same applies to corruption, although a recent analysis by “The Economist” definitely shows signs of improvement [23].

At the same time, the Indian market has such a strong appeal that it outweighs the difficulties when evaluated by many investors: The Managing Director of Indian operations of owner-operated Munich communications agency Avantgarde [Isabelle-Jasmin Roth] believes that the subcontinent, which has the second largest population density after China in the world offers too many opportunities to be deterred by administrative hurdles. All that is needed in India is just a little more preparation than in other emerging markets, says Roth says.[12].

On this forum you will find analyzes of contemporary India as well as tips for business, travel and more. You might also be interested in the following posts :

The author resides regularly in India since 2011. He is the CEO of a software company with development center in the “IT capital of India”, Bangalore: High quality Software with .NET Technology , Database applications, Access developments und Excel Tools for professional requirements.

We look forward to your suggestions and feedback. Please write to redaktion@indienheute.de 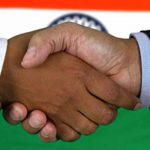 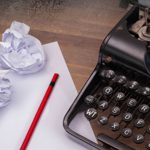