How good is the School System in India? 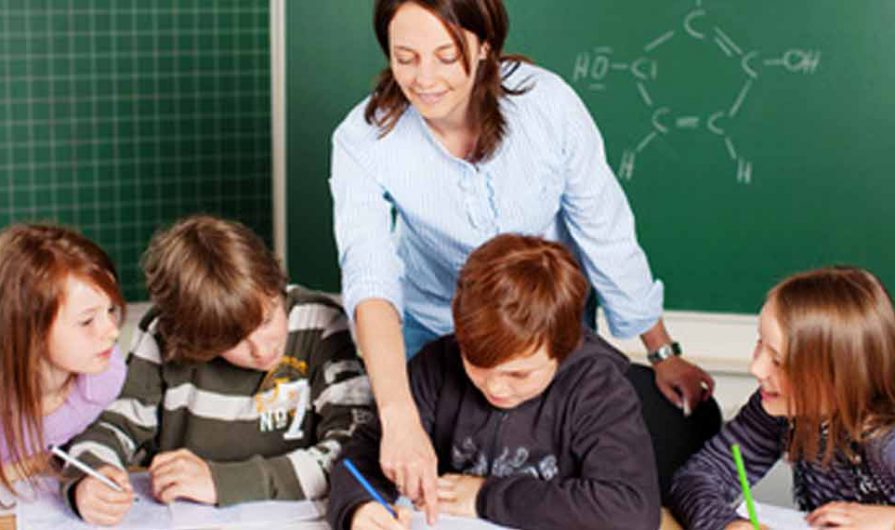 The growth and innovation potential of the Indian economy is mainly dependent on the professionalism of its workforce. So how good are the training systems and the schools? How much is invested in education? What role do private schools play? What are the trends?

How good is the school system in India? – Introduction

The daily routine of a teenager in India is characterized far more by school than for its German counterpart. The first class often starts at 9am and the classes end at 4pm. As soon as the Eleven year olds arrive at home (often very long distances to school) begins an extensive preparation – not only because of school concepts but also because the syllabus is very comprehensive. A culture of memorizing is the result as Indian teenager usually have very little free time when they are going school.

When Indian students spend so much time in learning, then how do we explain the poor performance of two states (Tamil Nadu, Himachal Pradesh) in the PISA test in 2009: from 73 countries throughout the world, Indian states occupied the last ranks [1]. Does this PISA verdict pertains inefficient school system only to public schools or private schools? And how can such results explain that a knowledge-intensive industry such as the IT industry has achieved consistently at a phenomenal rate in the last two decades?

The educational landscape of India can not really be summed up in three sentences. How many areas of life in India is characterized by great heterogeneity, the school system in the country. The situation may vary from state to state, but of course there are similarities: An education-hungry population , invests the double-digit billion dollar amounts for tuition fees abroad. A powerful teachers’ union, which blocked key reforms in public schools. Political environment which guarantees to under-funding of state institutions leads.

The status quo of the school system in India can be traced very well if you take a look at the education policy since the beginning of independence. Country-specific challenges are particularly evident here.

How good is the School System in India? – Education policy since 1947

At the end of the colonial era, the new leadership of India inherited an education system that was strongly influenced by its British colonial masters. The idea of universal education had prevailed until very late in the UK, England has introduced compulsory education in Europe as a last resort. In India, such an attempt during the colonial period was not even made especially for this purpose the funds were limited. In the year of independence, 1947, the literacy rate was at 12% and the enrollment rate at 40%. [2]

The first years after independence were unfortunately marked by the challenge of the bloody unrest due to the separation of Pakistan (“The partition”) contain and unite a young nation. For education was hardly budget available to the regional differences also made a unified approach to education policy impossible. Unfortunately, also coined a somewhat outlandish Education Gandhi’s vision of the first concepts for education policy: Gandhi had the British system “satanic” as discarded and instead called for schools that only “real-life” skills should teach as spiders, the Baumwollkardieren. After 1947, therefore dominated the idea among India’s lawmakers that the general population would not need a comprehensive education. Nehru, for example, called for „basic, not literary education … the education codes should not apply there“.

The south of India, however, had a tradition of mass education , here efforts were recognized early to open up education to the poor. In Tamil Nadu, a free lunch menu for students from state schools was introduced (in 2001 this was rolled out nationwide), as well as the free issue of school uniforms and text books. In the state of Kerala, the general and free compulsory education was introduced in the first Parliamentary Assembly – followed by initiatives to implement this principle of general education and in practice.

Now, while the poor layer slowly – from the south of India, starting – was brought on measures to introduce a quasi-compulsory education in the classrooms of state schools (but only in 2001 the right to education for children from 6 to 14 was constitutionally anchored) returned the Indian middle class public schools in many states back on – and very early. The reason is simple: With the pride of a newly achieved independence from the British, most states had the lessons in the local language arranged, not in English (the actual career language). The middle class responded by sending their kids to private schools . This made state schools to a second-best alternative. As with the reforms in the 1990s began the growth spurt, the connection between education and well-paid jobs for the wider population layer was clear; now the poor people increasingly began to leave the state schools and opted for (better) private schools. As a consequence, new private institutions mushroomed from the ground state schools orphaned, however. In the state of Karnataka, for example, are now running more than 7,000 public schools empty.

Because institutional reforms according to experience demanded to pressure from the middle class and levels of education (due to their disproportionate political representation) and these same layers into the public schools are hardly present were / was missing for a long time of “political pressure” on government schools for reform and quality management . Political framework for school development have already designed consistently difficult: In the 1960s and 1970s the focus was on the development of infrastructure – teacher training, educational goals and outcome measures were neglected (“schools not schooling”). The decentralization of school management (as proven recipe for successful education management) was hampered by the political power struggle between the state and local levels of government. In addition, the teachers’ union enjoys a constitutionally enshrined right to political representation, making it difficult reforms with this reform-resistant solid political force. That is why grievances can such as the high rate of teacher absence-of 25% is difficult to tackle (although teachers are paid better in public schools as a teacher in private schools).

The awakened (with economic growth) formation hunger wider strata of the population , however, had (political) consequences. Even in areas such as rural Uttar Pradesh or Rajasthan growing demands for better public schools. The enrollment rate grew significantly in the 1980s and 1990s; in 2001 shrank the number of illiterates for the first time as an absolute value, from 328 million to 296 million. 2001 education was enshrined as a fundamental right for 6-14 year olds in the Constitution, and the free lunch offer ( “midday meal scheme” ) in state schools has been established nationwide. With the “Sarva Shiksha Abhiyan” (SSA) reform approaches for decentralization of school development have been implemented, which gives the local level and parents a greater role; simultaneously a budget for these measures was given. The education expert Rumini Banerjee of the organization Pratham explains: “Governments are worrying about retention and quality of education for the first time. That’s a big shift, a foot in the door in favour of change.”

In what ways, these developments in the recent history of state education policy is a historic turnaround, however, remains open. Given an (unfortunately) ineffective implementation of education reform SSA (defined standards, for example, unclaimed / enforced) says Nilekani in his book “Imagining India” [Publication: 2008] soberly: ” “As it now stands, SSA has only enabled the pumping of more money down a very leaky pipe. While the midday meal schemes drove school enrolment up, the success of SSA in achieving the next step, retention of students, has so far been dismal. (…) So while we now see school enrolment rates soaring past 90 per cent, two-thirds of the children who enroll drop out by the sixth year; 90 per cent drop out before they reach high school.” Nilekani also leaves the economist Jeffrey Sachs, in his book come to speak: “There is a lot of change (…), but I wonder if there is enough of it. India has a lot of ground to cover on education, and very little time.” Nilekani stated on the other hand, that an unprecedented historic opportunity of change exists: “Since 2001 education has also received the constitutional ballast it needs, and voters can now demand real, concrete outcomes as a right. Since then, education initiatives have been delegating control of schools to panchayats [Anm.d.Red.: lokale Verwaltung] and local bodies, and empowering local communities to interfere, criticize and praise. (…) Across India the demand for education is rising in a single voice. (…) It is now really a matter of executing on our hopes.”

How good is the school system in India? – Status Quo

Given this under-funding , the teacher absence from 25% (isolated sources give even higher numbers) and a moderately thoughtful educational concept into perspective the value of the now constitutionally enshrined free education (up to 14 years) in public schools. These problems affect at least 80% of schools in the country, the state-owned [5].

The cost of a private school vary (as well as the quality of the private schools). Exemplary school fees are listed on the following website that convey an impression: School Fees of Private Schools in India. Die „Doon School“ in Dehradun / Uttaranchal („one of the leading schools of India“ on its own website) charges, for example, an annual fee (excluding admission fee and security deposit) of about 700,000 rupees (or 850,000 rupees for so-called NRI’s). The annual fee in the “Bishop Cotton School” in Shimla / Himachal Pradesh is 200,000 rupees (or $ 6500 for NRI’s). The annual fee for the “Pinegrove School” (also Himachal Pradesh) is at 175,000 rupees (or $ 5,000 for NRI’s).

The school fees make it clear that private schools can not be a panacea for the plight of education – also due to the many obstacles to the establishment of a private school [6]. The Harvard economist Sendhil Mullainathan brings this to the point: „Few of us can comprehend the day-to-day tragedy that the poorest face. You have a limited daily wage, and your choice lies between everyday, urgent needs versus spending money on school books and uniforms to send your child to school.” [7] In private schools the free lunch does not affect apparently.; an educational concept for the broader Indian population thus comes without a good (free) public educational institutions do not (except perhaps through the use of education vouchers, but that is not in sight in India).

Now apply (this is already clear from the retrospect) that across all classes in India there is a high awareness education. Parents try everything to allow their youngsters a good education, if necessary to a private school. , student loans are common, many families into debt. Nandan Nilekani stated: „The poorest families are setting aside as much as one-fourth of their incomes towards school fees.“ [8] In a study by Credit Suisse from 2011 shows the average [private] expenditure on education of an Indian on 7.5% estimated – higher than for example in China, Russia and Brazil, the other BRIC candidate [9]. Even after the statistical data on the website www.factfish.com India is among the 30 countries with the highest private spending on education. [10]

The education expert Indu Shahani from Mumbai, with over 30 years experience in the Indian education system, is optimistic. “Indian students want to learn , no matter what obstacles are put in their way. ” [5]

On this forum you will find further analyzes of contemporary India as well as tips for business, travel and leisure activities. The following posts example, you might also be interested in:

We welcome your inputs and feedback. Write to redaktion@indienheute.de 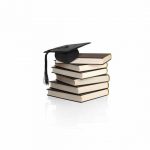 Vorige Geschichte:
Higher education in India: How good are colleges and... 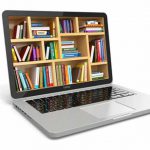